CUT CAPERS are a 9-piece Bristol band whose energetic live performance and infectious sound have won them a cult following on the British festival scene. Mixing a swinging vintage-style brass section (think Caro Emerald) with funk, soul and hip-hop.

Like all the best bands, (and many of those on Freshly Squeezed Music) their sound is hard to pin down but comparisons have been made to “Madness, The Streets and Lily Allen” among many others (The Bristol Magazine).

Cut Capers have established themselves as go-to festival favourites, playing headline shows and main stage performances at some of the UK’s biggest festivals including Glastonbury Festival (official) and Boomtown Fair.
They have now performed in over 50 cities across 8 countries including Italy, Turkey and Bahrain.

To launch their new album METROPOLIS; Bristol’s own Cut Capers now embark upon their first ever UK album tour playing some of the UK’s finest venues!

“Come on! That puts a wiggle in your walk!” – Craig Charles, BBC Radio 6 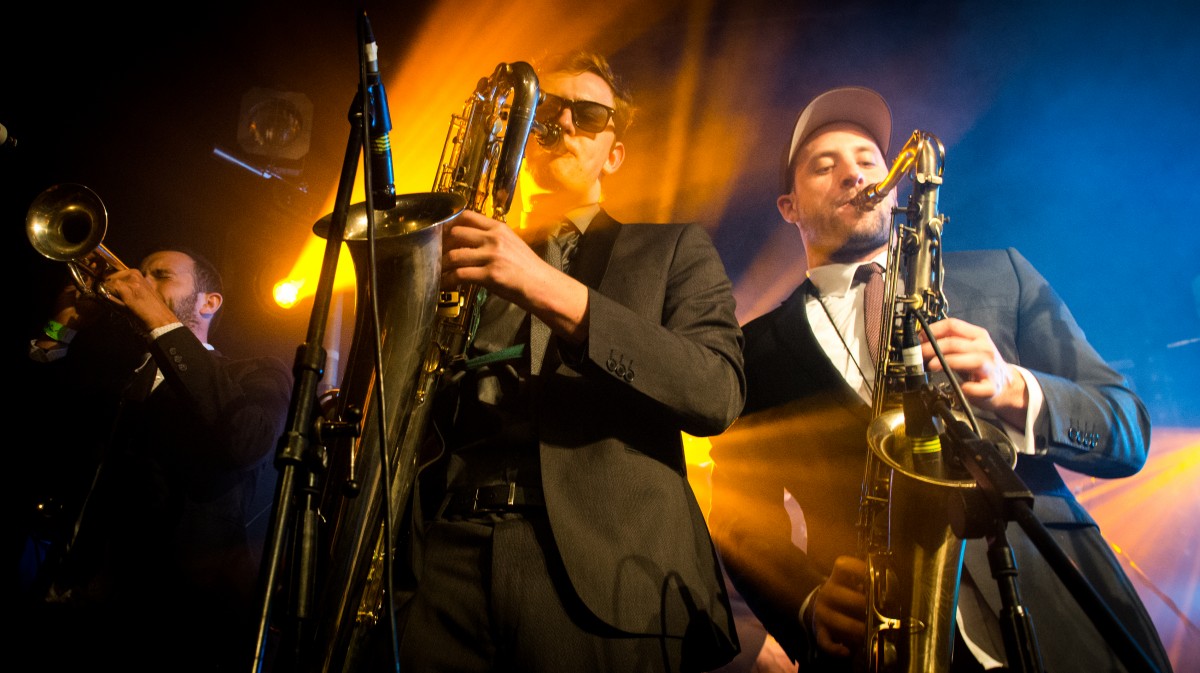 No music listed at the moment.