Festival Season drawing to a close + things in the pipeline!

And so as this marvelous summer comes to a close, we look back at just how fabulous it’s been!

Starting the season off was the ever-brilliant Troyfest, which we thoroughly enjoyed playing at. We also managed to get some shots for our latest music video “Lighter” there, doubley-good!

Then we headed to Balter Festival in Wales, then up to Eden in Scotland both of which were epic, save for the infamous Scottish midges! Next up was Tiverton Balloon Festival, a fond favourite of ours having played last year and being invited back this year to headline was incredible! Fantastic crowd, arguably the best of the season! Then we headed east for our first time at Secret Garden Party where we got very lucky with the weather as it was an absolute scorcher of a weekend! The following weekend we headed north again to Kendal Calling, to play in the Riot Jazz tent – pretty muddy this one! And then Booooooomtown did not disappoint! Playing 3 sets to 3 cool crowds was great fun and enjoyed chilling with a bunch of other bands there. Then we were well chuffed to be offered a support slot at the O2 Academy in our hometown Bristol, supporting reggae legend Jimmy Cliff! What a night that was! And now we head to Shambala, the last festival of a quite brilliant summer! Thank you to all the people who have come to see us, lots of familiar faces but a bunch of new ones too! Now it’s back to the grindstone as we look to churn out some more tunes for your ears, with big plans for this winter!

You can come and see us in Bristol at the end of this month (August!) at the Canteen on the 29th and at the Fleece on the 31st!

Also in the pipeline is Mini V Harvest Festival plus we’re supporting the Mouse Outfit feat. Dr. Syntax and Sparkz in Norwich in November! Come and see us sing and dance! 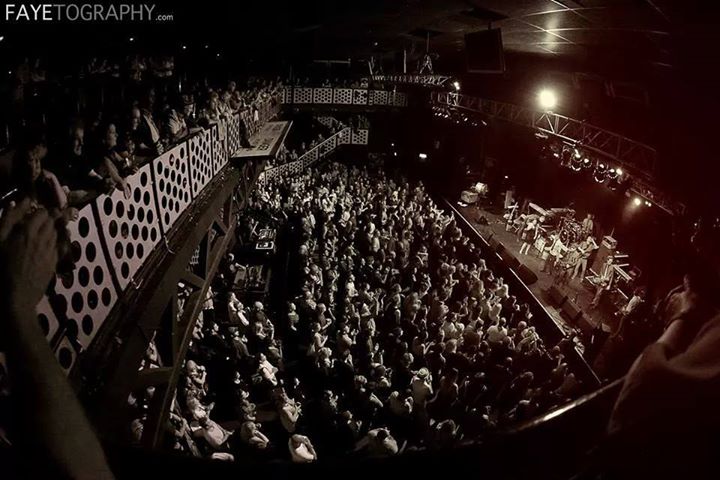