Hello! It’s been a little while since the last update –  we’ve been busier than ever recording tunes, filming videos, doing gigs and generally getting geared up for this summer. We’ll use this post to get you up to speed on all our festival shenanigans, and other stuff in the pipeline of capery goodness. 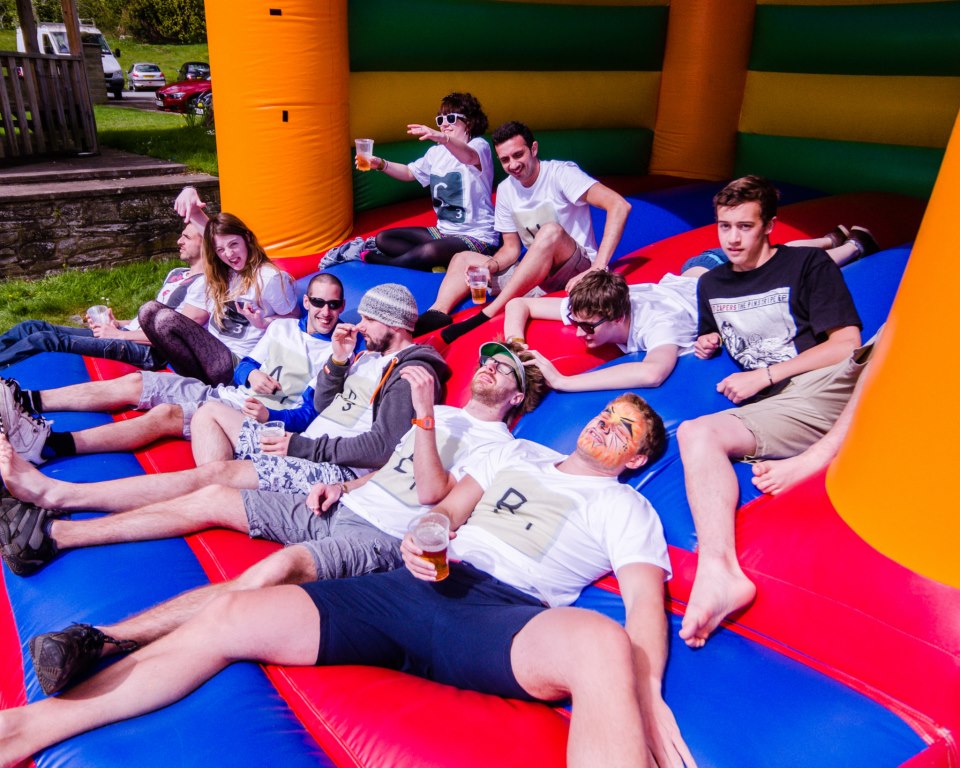 Before all the festivals begin we have a couple of ‘warm-up’ shows in Bristol this month, at Mr. Wolf’s, this Easter Sunday, and the Attic Bar on the 26th.

Our first festival of the year is also one of our favourite ones, Troyfest 2014!

We then travel to London the following weekend for our Hootenanny show with Asbo Disco and Harleighblu feat. Rodney P!

Our next festival stop is to headline Saturday night at Gearfest 2014, which will be an absolute riot of fun!

June brings us our first show in Cambridge at the lovely Strawberry Fair. 2 gigs for the price of one, we’ll keep you posted on this one…

Balter Festival is another one we’re looking forward to, Wales looks great in the summer, don’t take our word for it!

Then we’re pleased to be headlining Breathe Fest 2014 in Exeter, for a very good cause indeed.

We return to Tiverton Balloon Festival to headline this time, and if last year is any indication, it’ll be a cracker!

We round off this busy weekend in Kingston, London performing at IYAF for the second year running, lush weather guaranteed.

Kendal Calling? Don’t mind if we do!

And then… BOOOOOOOOMTOOOOWN!!!! Woop Woop!

And if this festival season wasn’t sweet enough, we round off with Shambala… yes, just yes.

Well that’s what we have in the diary so far! Not bad eh? See you all there! Meanwhile we’re close to releasing a brand new tune that we recorded last weekend at Toybox Studios, as well as more videos for tunes from our session at Giant Wafer Studios… the pipeline is busy… keep your ears peeled folks!